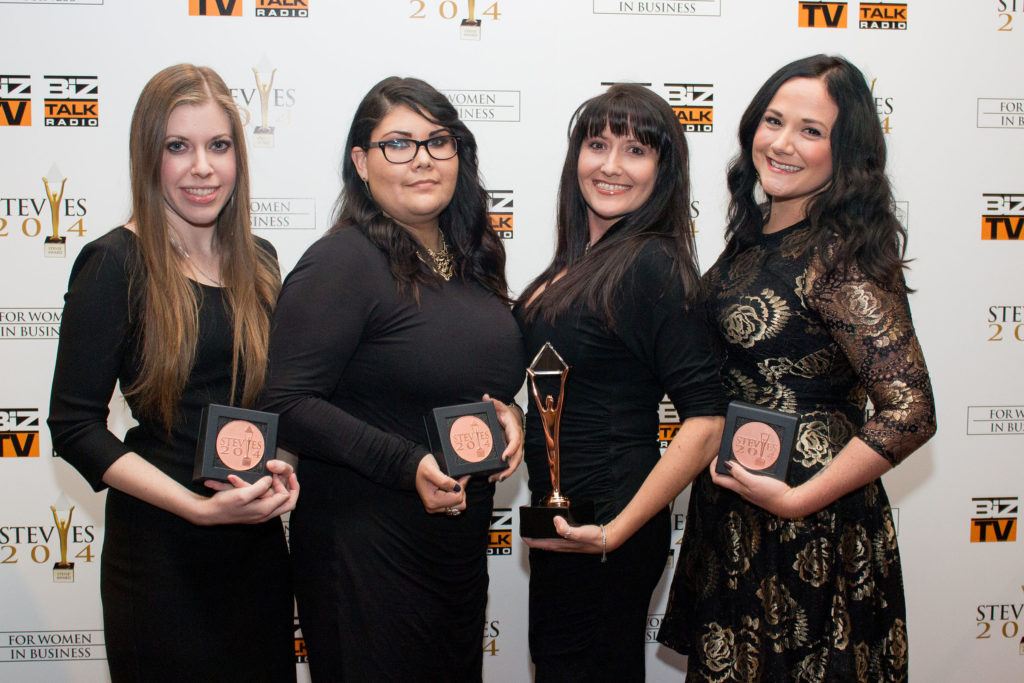 Temecula, Calif. – November 18th, 2014 – National Merchants Association and 3 of its Team Members have been named winners of 4 bronze Stevie® Awards in the Business Services category in the 11th annual Stevie Awards for Women in Business.

The Stevie Awards for Women in Business are the world’s top honors for female entrepreneurs, executives, employees and the organizations they run. All individuals and organizations worldwide are eligible to submit nominations – public and private, for-profit and non-profit, large and small. The 2014 awards received entries from 22 nations and territories.

Nicknamed the Stevies for the Greek word for “crowned,” the awards were presented to winners on November 14th during a dinner event attended by more than 400 people at the Marriott Marquis Hotel in New York City. The presentations were broadcast live across the U.S.A., and simulcast around the world, by Biz Talk Radio, and will be featured in a television special on Biz TV in January.

Heather Petersen, CEO and Founder of National Merchants Association, celebrated her third Stevie award in the “Entrepreneur of the Year” category for Business Services.

“I’m so excited to have shared these honors with my Team,” Ms. Petersen said. “I feel lucky to work with a great group of industry professionals who labor endlessly to revolutionize the bankcard industry.”

Alexis King, Director of Sales Support, celebrated her first bronze medal for “Executive of the Year” in the Business Services category. Hortencia Saenz, Office Manager, was named winner of a bronze Stevie for “Employee of the Year.”

“I am incredibly proud of my Team for their accomplishments at this prestigious awards ceremony,” Ms. Petersen said. “They deserve the recognition. I’ve seen their dedication to their careers and the incredible effort they put forth, and these two Team Members have definitely earned the titles of Employee and Executive of the Year!”

Stevie Award winners were selected by more than 160 executives worldwide who participated in the judging process this year.

“In the 11 years of the Stevie Awards for Women in Business, we have never had as many impressive women entrepreneurs, organizations, and executives nominated as we did in 2014. Their stories of success and innovation will be an inspiration to women around the globe who dream of starting and growing a business and making a difference.” said Michael Gallagher, founder and president of the Stevie Awards. “We congratulate all of this year’s Grand, Gold, Silver and Bronze Stevie Award winners for their achievements.”

Details about the Stevie Awards for Women in Business and the list of Stevie Award winners are available at www.StevieAwards.com/Women.

About The Stevie Awards

The high-risk experts to talk MID preservation, preferred vendors and more at…