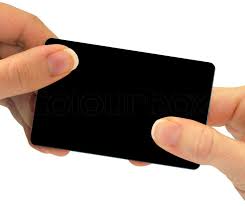 The Virtual Reality Of Cards

The idea of virtual or “burner” cards is nothing new. For over a decade, a host of companies have tried, albeit in vain, to make their temporary cards a popular way to buy on the internet. While adoption of this technology has been slow, virtual cards can, in fact, help combat ecommerce fraud while helping your real card remain safe.

While not technically a card at all, these “cards” generate random, one-time use account numbers and are linked to either a real credit or debit card or directly to a bank account, depending on the issuerA bank that issues credit cards to consumers.. They are used online the same way standard credit and debit cards are and are quite similar to the ever-popular chip (EMV) cards that are in circulation today. Virtual cards can prevent hackers from screen-scraping or keylogging sensitive data from merchantA business that accepts credit cards for goods or services. websites. They also block hackers from stealing card or account information from merchants, because merchants simply don’t have it.

Obviously, security is the biggest reason to use burner cards. Earlier this week, American Banker wrote an article about virtual cards and mentioned how analysts had been making dire predictions for a few years about how hard-to-duplicate chip cards would likely move fraudsters from using fake cards into using stolen card data online — we know that there has been approximately a 30% increase in online fraud in 2016 alone, as reported by fraud technology expert, Radial.

The American Banker article also pointed out that, according to Auriemma Consulting Group, as of the end of the second quarter of this year, the share of financial losses stemming from counterfeit fraud had decreased by 19% this year, but losses stemming from card not present fraud increased 14%. At the same time, 42% of consumers reported that they had personally experienced card fraud, half of them multiple times.

Questions still surround the eventual popularity of these cards, but with the need of most merchants to simplify and streamline the buying process (think one or two-touch ordering through various smartphone apps), combined with the high numbers of card and identity theft, security will be at the forefront of the minds of most consumers. Virtual cards might just be the answer and may eventually find their place in the world of online purchases.

Additionally, the use of cards like these might be useful in B2BBusiness-to-business commerce. transactions and businesses could use the technology to streamline payments. In October, PYMNTS ran a story about virtual cards and interviewed Jessica Moran, General Manager at Bottomline Technologies. Moran said that new payment options like virtual cards “might help solve the bottlenecks in the payment process that exist in many B2BBusiness-to-business commerce. transactions because they are still reliant on paper checks.”

While they’re not the perfect solution to fraud, virtual cards do offer at least some protection and added peace of mind for wary consumers buying from smaller or lesser-known merchants online and may help improve a company’s payment efficiency as it deals with other companies.

If you’re a merchantA business that accepts credit cards for goods or services. looking for a way to make online shopping for your customers easier and safer, National Merchants Association can help.  Contact us today!

Coin – All Your Credit Cards In One

As expected, holiday spending has driven sales growth from November until the…