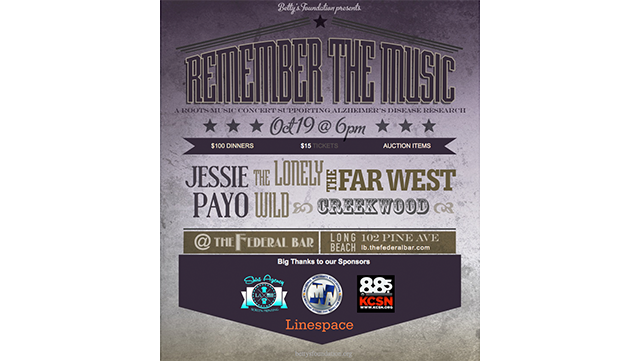 Sunday, October 18th, 2015 is gearing up to be a great day for the National Merchants Association Team.

A longtime supporter of local non-profits, NMA is happy to announce that for the 6th consecutive year, the high riskA merchant that is considered a high risk based upon the credit, product, method, ticket size or volume. Examples of high risk merchants are telemarketing, adult and travel related industries. experts who Work For You® will be helping to raise $75,000 in total funds for Alzheimer’s disease research by supporting Betty’s Foundation.

Clint and Karah Woesner, longtime friends of NMA CEO Heather Petersen, created Betty’s Foundation on behalf of their grandmother, who passed in 2012 after battling Alzheimer’s for 16 years. The foundation, created in 2008, operates with the sole purpose of funding the research to eradicate the disease as well as raise the overall awareness of the difficulties faced by those dealing with Alzheimer’s.

Ms. Petersen, although not personally affected by the disease, has seen the effects Alzheimer’s has had on so many people, friends and family alike. Betty, the namesake of the foundation, was a well-known figure in Ms. Petersen’s hometown, and on behalf of Betty’s Foundation and Alzheimer’s research, Ms. Petersen has dedicated her charitable efforts to help fund research and put an end to this terrible disease.

Ms. Petersen, as well as Brian Randolph, co-owner and Chief Technology Officer of NMA, are avid audiophiles and appreciate music and music therapy, both of which Betty enjoyed throughout her life and during her disease.

“Even when Betty’s memory had deteriorated immensely, she was still able to keep a beat and enjoy music,” Ms. Petersen states. “I think music is a universal language and music therapy is an amazing way to bring hope to those affected with a variety of diseases.”

The October 18th event, Remember the Music, is the annual fundraising event for Betty’s Foundation, and honors Betty’s love for music and the continued love from her family members who work to keep her memory alive.

Hosted at The Federal Bar in Long Beach, California, Remember the Music will feature “roots” bands such as The Far West, Creekwood, Jessie the Lonely, and Payo Wild. NMA, a sponsor of the event, will be sending a number of team members and their spouses to enjoy the event and support this wonderful cause.

If you’d like to support Betty’s Foundation, please visit bettysfoundation.org to make a donation and learn more about Betty herself.

Want to learn more about NMA’s involvement with local non-profits? Check out NMA in the news here.

Scheduled to be held in Las Vegas from January 5th – 8th,…

With an eye on philanthropy and service, National Merchants Association (NMA) is…